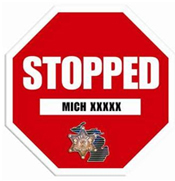 With VINELink, receive a notification when an inmate is released from custody anywhere in the country.

The primary goal of the Ottawa County Sheriff's Office Corrections Division (Jail) is to insure the safety of inmates, corrections personnel, and residents of Ottawa County. This is accomplished by detaining inmates in a secure manner, in the least restrictive setting possible, given inmate classification. The Ottawa County Sheriff's Office Corrections Division strives to provide all inmates with humane living conditions and to protect inmate rights consistent with the United States Constitution, the Michigan Constitution, the laws of the State of Michigan and Department of Corrections guidelines.

To ensure the health of all citizen inmates, every inmate entering the Ottawa County Jail will quarantine for 10 days. Visits will not be scheduled during the quarantine.

Eligible inmates may receive commissary one (1) time each week. The maximum amount of commissary that may be ordered by an inmate is $75.00.

Family and friends may order commissary on behalf of an inmate by going to canteenservices.com, or expressaccount.com or calling 1-866-422-6833. Pay attention to the vendor's order deadlines when placing an order. Credit card payment can be made with VISA, MasterCard and American Express. Orders received after the deadline are deferred to the next week. All money deposited is subject to transaction fees and becomes the property of the inmate.

*Orders not picked up within seven (7) days after an inmate’s release from custody will become the property of the Ottawa County Sheriff’s Office.

Indigent kits are made available to inmates who have less than $2.00 in their trust account. A fee will be deducted from their account and repayment collected as funds become available. Indigent kits contain: 1-toothbrush, 1-toothpaste, 4-pieces of paper, 2-stamped envelopes, 1-golf pencil, 1-shampoo and 1-lotion.

All inmates will be issued a starter kit upon initial transfer to general population. A fee will be deducted from the inmate’s trust account to offset the cost.

Family and friends may go online to make a deposit of funds in to an inmate’s trust account at www.expressaccount.com or by calling 1.866.422.6833. Funds (cash or credit card) may also be brought in person to the public lobby of the jail and placed in the kiosk 24 hours/7days week. Deposits made with a credit card are limited to $200 per transaction, or $300 maximum within 14 days. Cash sent via the mail is not encouraged, however, if cash is received the money will be credited to the inmate's trust account. All money deposited is subject to transaction fees and becomes the property of the inmate.

Attorneys of record and Clergy members may schedule professional visits. Both must have proper identification of their profession which must be presented at the time of their visit. Special arrangements can be made for professional visiting if necessary, but an attempt must be made to adhere to normal visiting hours. Special requests will be directed to Jail Supervision prior to for approval.

The Ottawa County Sheriff’s Office Correctional Facilities has a zero tolerance policy toward all forms of sexual abuse and sexual harassment in our facilities, as described in the Prison Rape Elimination Act (PREA) 2003. We will enforce all federal, state, and local laws pertaining to inmate sexual misconduct. All reports will be fully investigated by law enforcement, which includes both allegations of sexual abuse or sexual harassment, by the Ottawa County Sheriff’s Office Detective Bureau.

Under PREA, we have established uniform methods for prompt reporting and investigation of allegations of sex-related offenses or threats, identification of predators, protection of victims, and prescribing sanctions for substantiated sexual offenses, as well as false allegations. This standard is directed to all sexual acts relating to: inmate to inmate, inmate to staff, and staff to inmate.

If you suspect that an inmate is the victim of sexual assault/harassment, it can be reported in any of the following ways:

The Ottawa County Jail has a full-time Chaplain from Reach the Forgotten. The Chaplain provides many services to the inmates of the Jail. Inmates at the time of incarceration may request to participate in any programs offered by the Chaplain.

The Corrections Division offers the following programs for the inmate populations at the West Olive facility:

The goal of these various programs is to assist inmates in becoming law abiding, productive members of the community once they are released from incarceration.